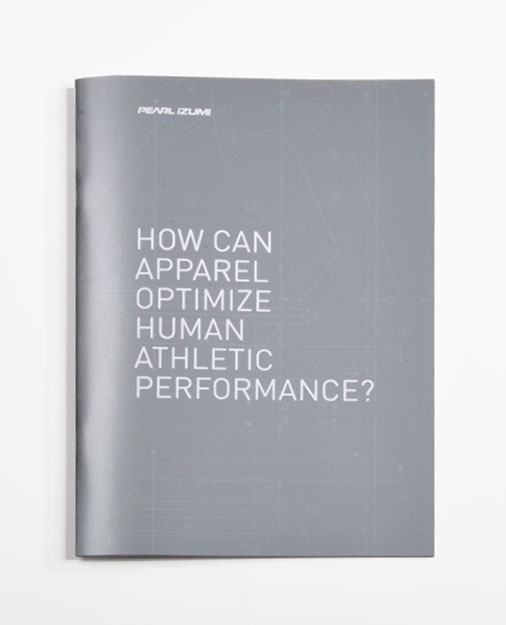 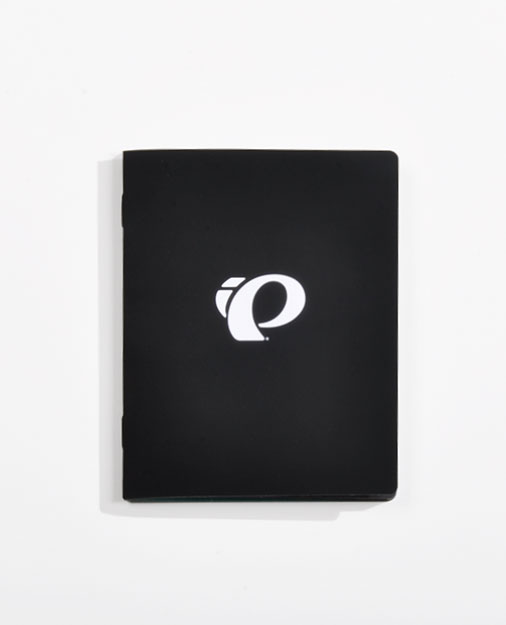 While with Genesis, Pearl Izumi tasked us with designing two brand platform books that would be distributed to vendors within the running, cycling and triathlon industries. These books were created to tell the story of the Pearl Izumi brand and communicate their progressive and forward thinking approach to performance apparel. Under the direction of Mike Miller and Janet Johnson, I served as the designer for both the passport-sized Team Book and the larger format Storybook.

The Storybook was developed to serve as an educational platform for Pearl Izumi in their discussions with vendors and at trade shows. This brand platform book is also used internally to ensure that PI's future-centric message remains at the forefront of everything they do. 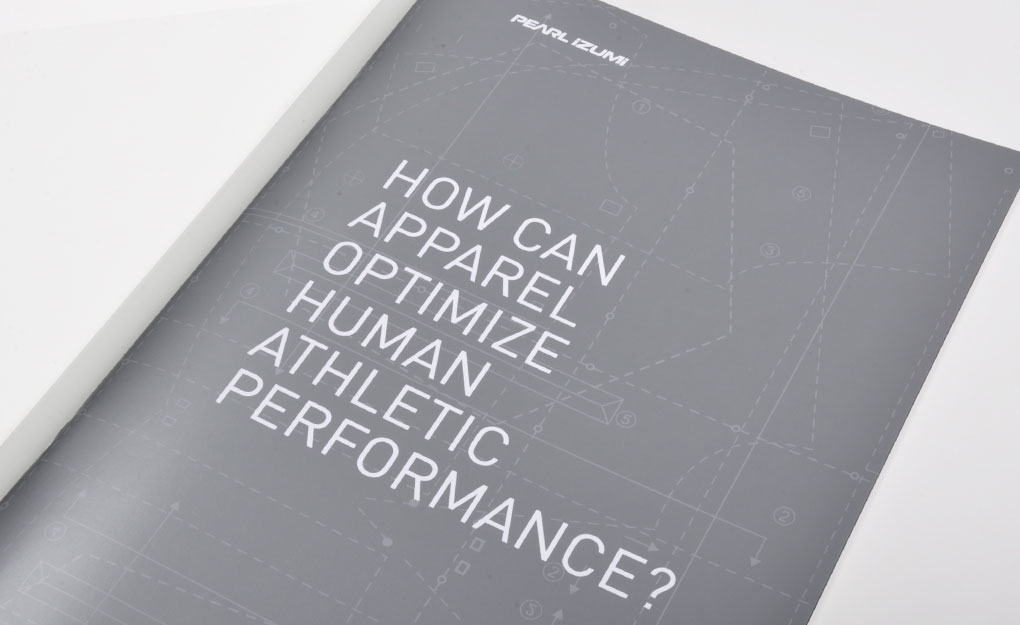 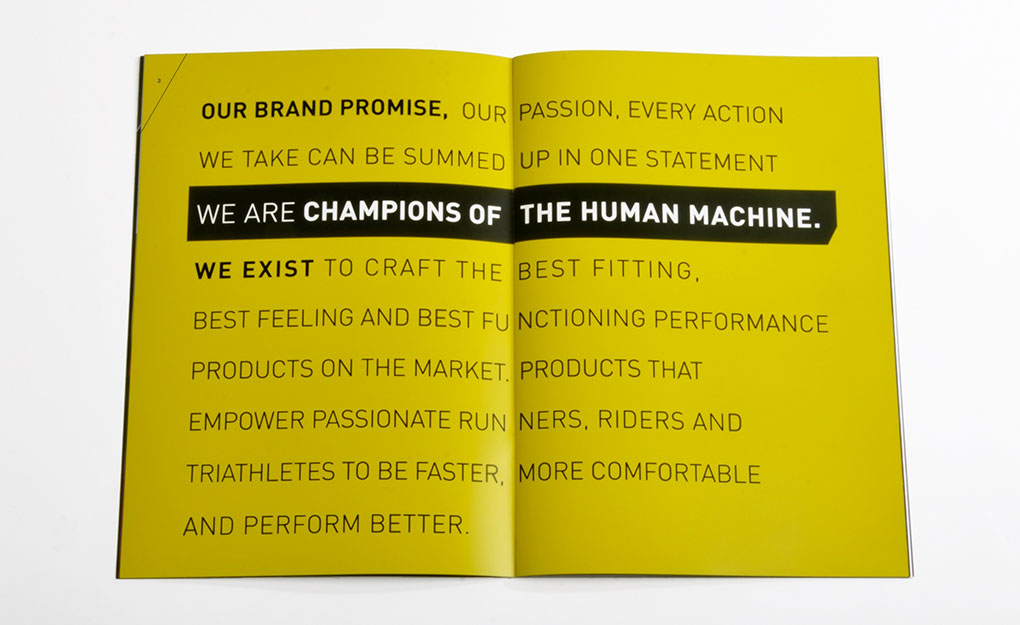 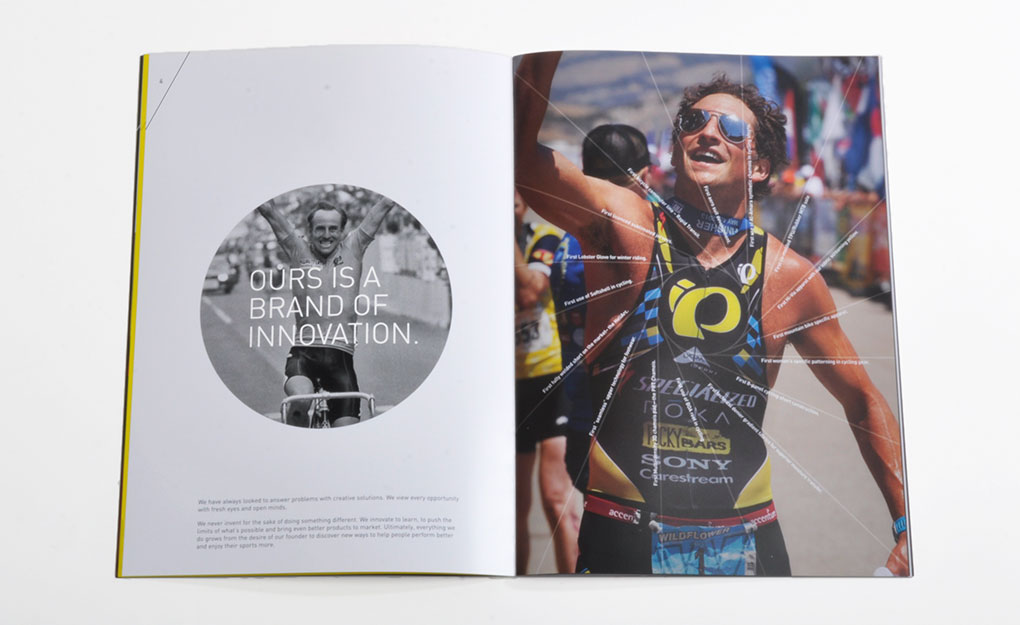 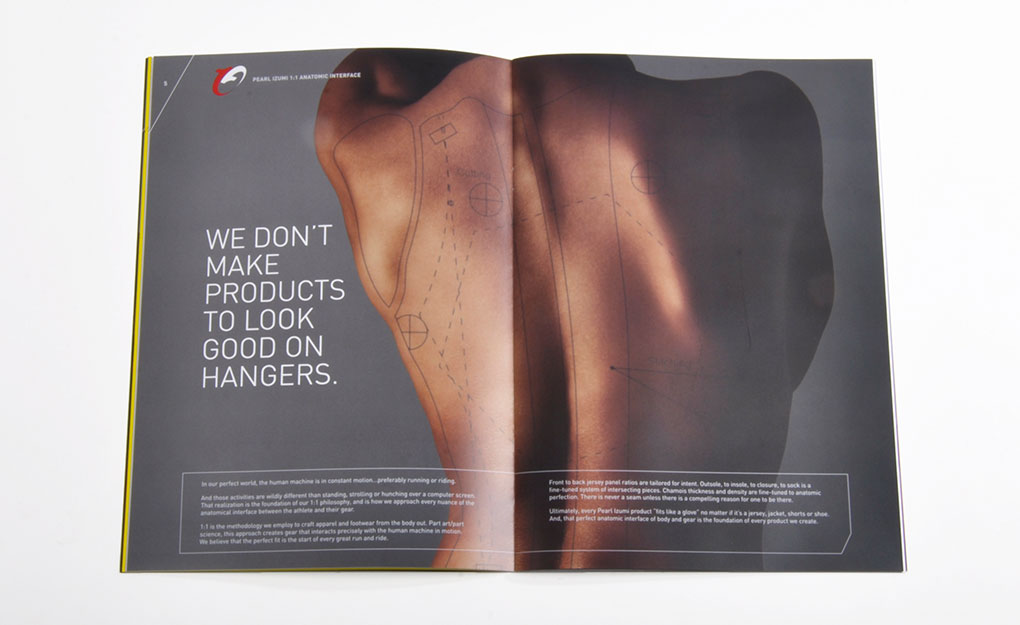 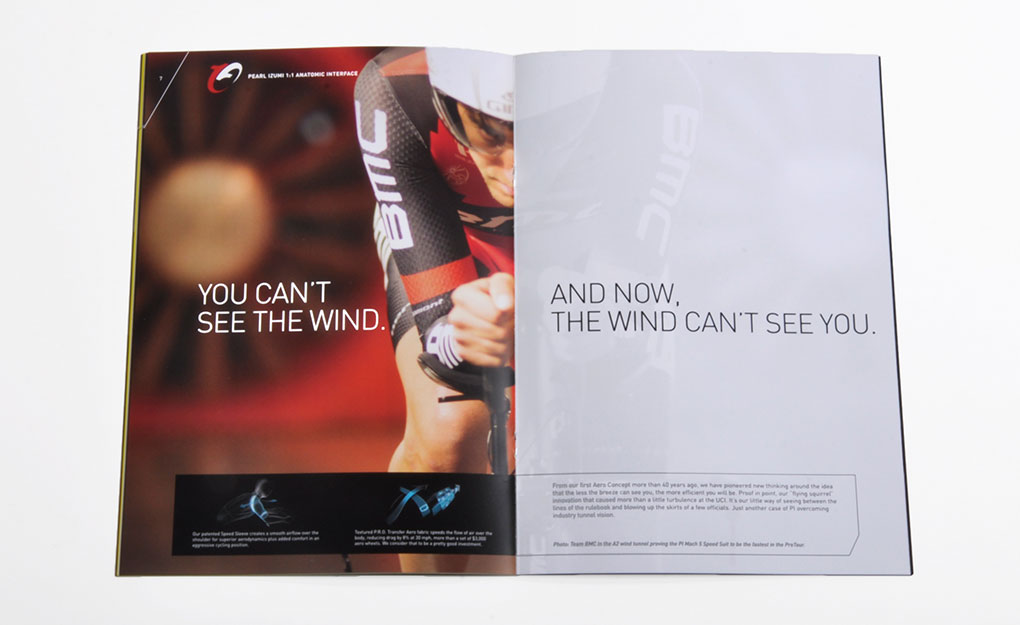 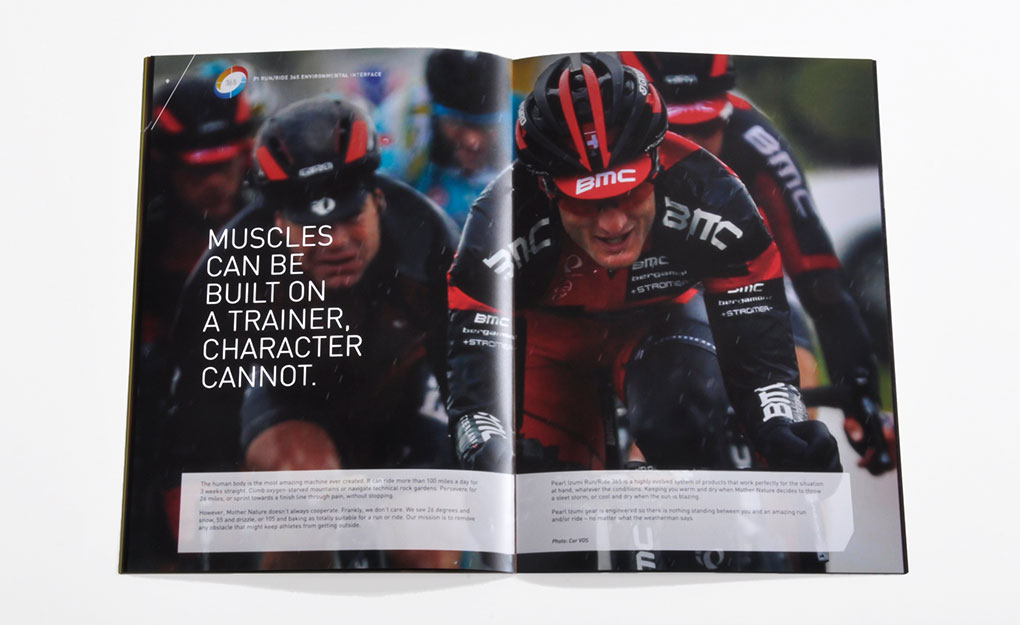 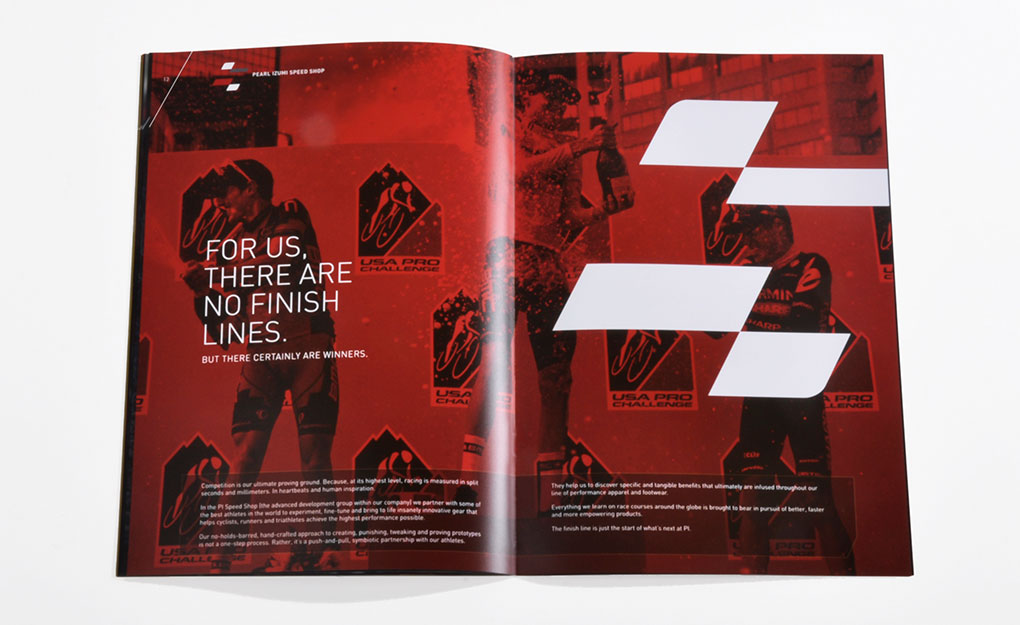 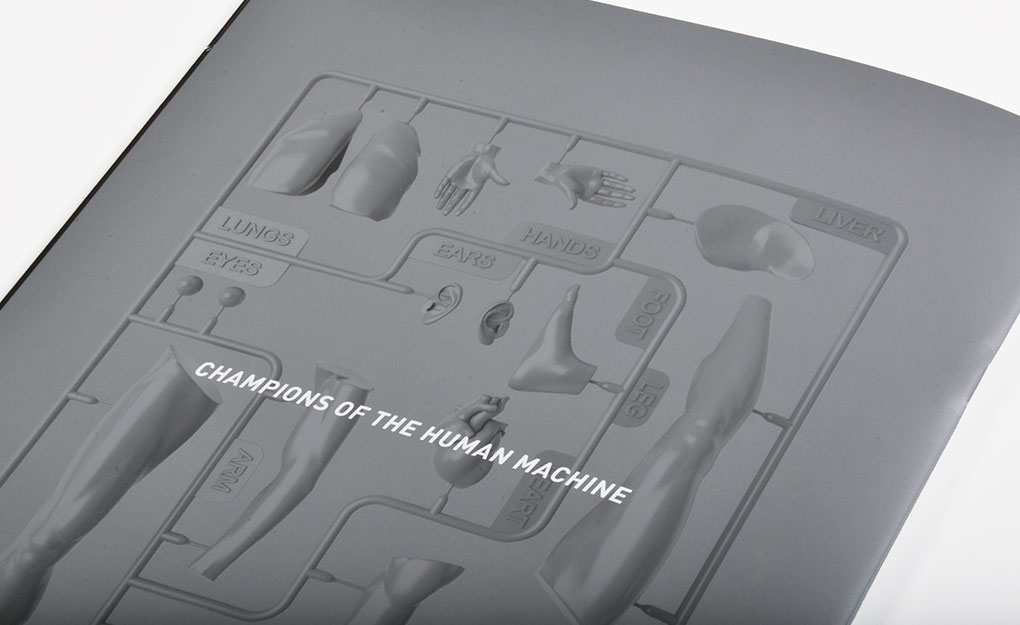 The Team Book serves as a point of entry into the Pearl Izumi brand. It is distributed to vendors and employees alike to convey the core principles of the company. The goal was to create a multi-page book that was easy to digest and gave the user a clear understanding of PI’s motto, Champions of the Human Machine. 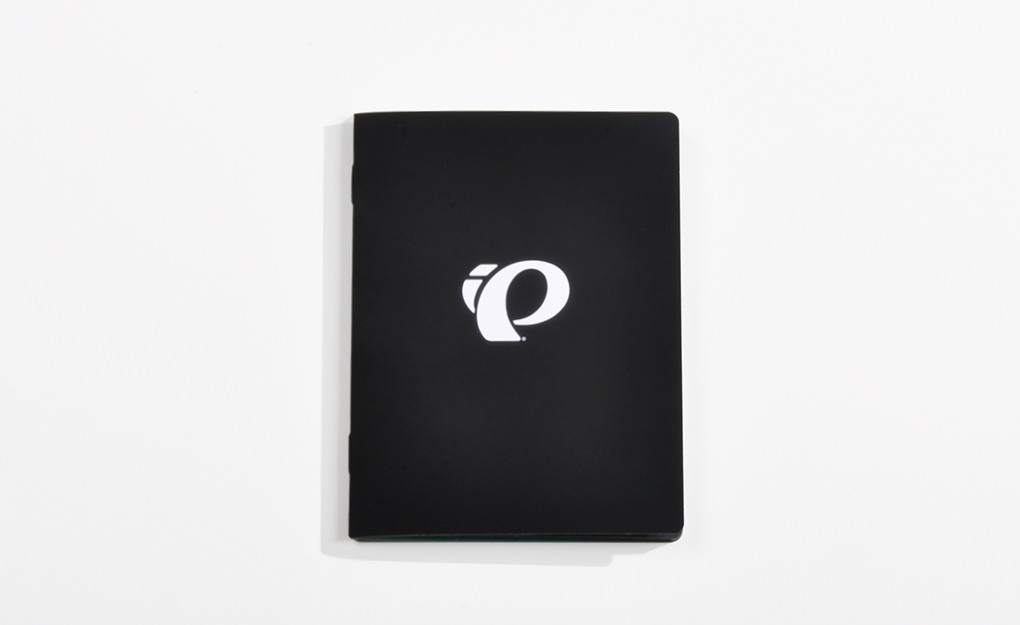 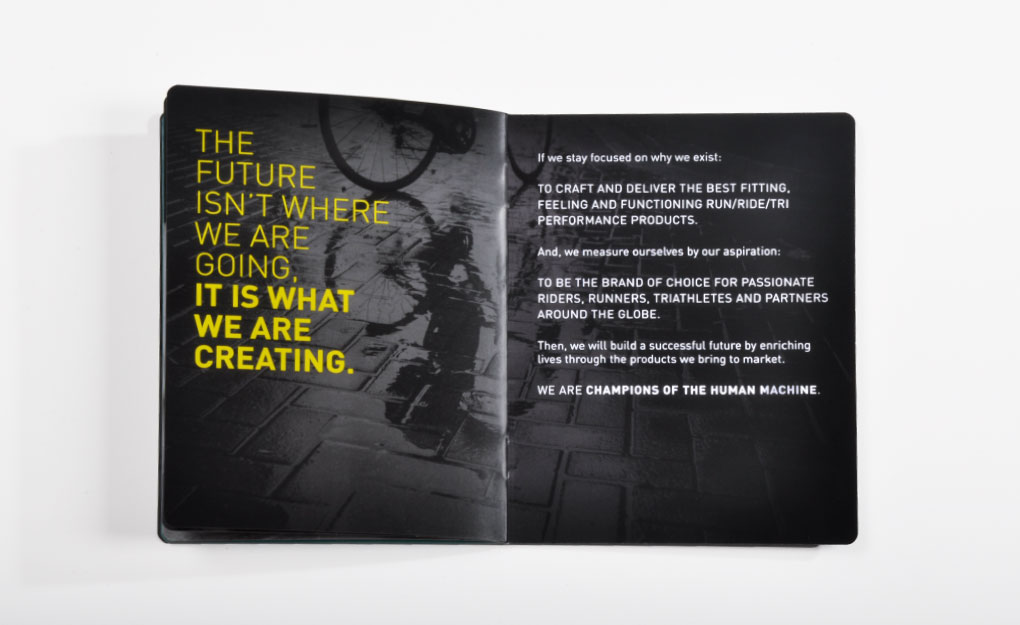 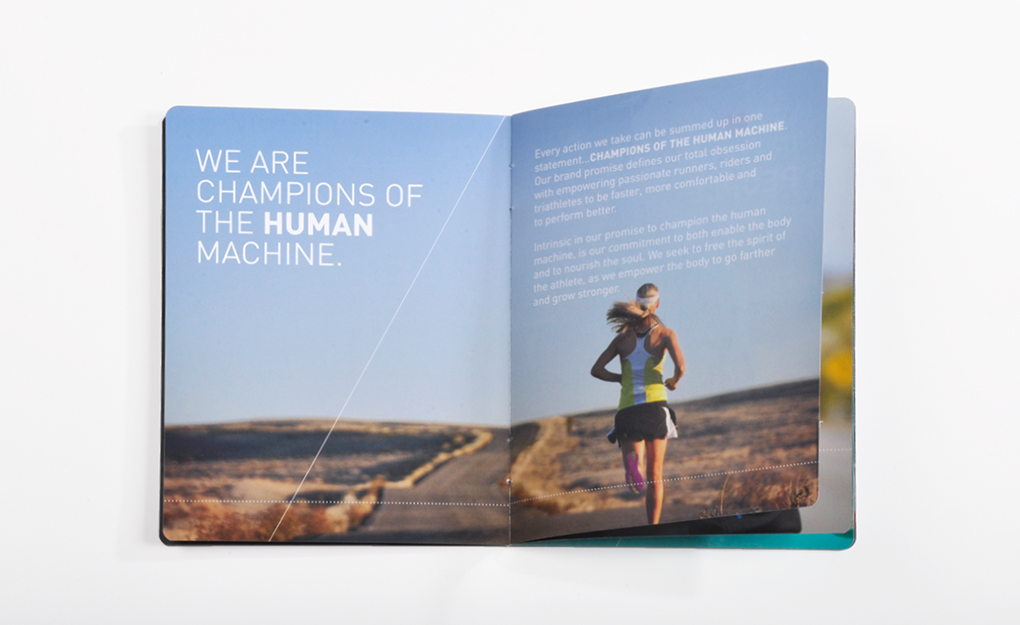 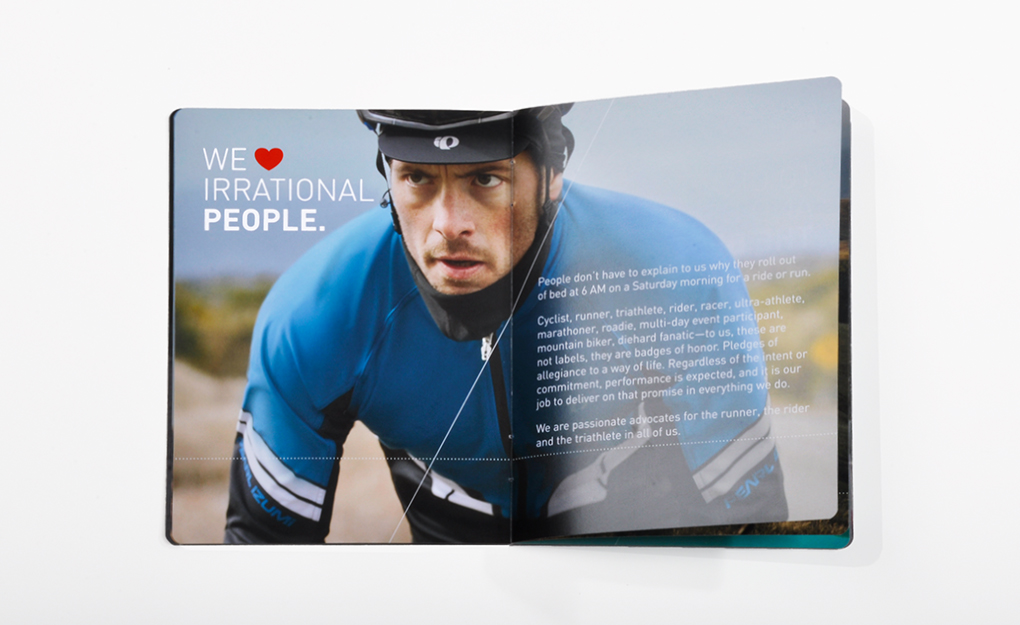 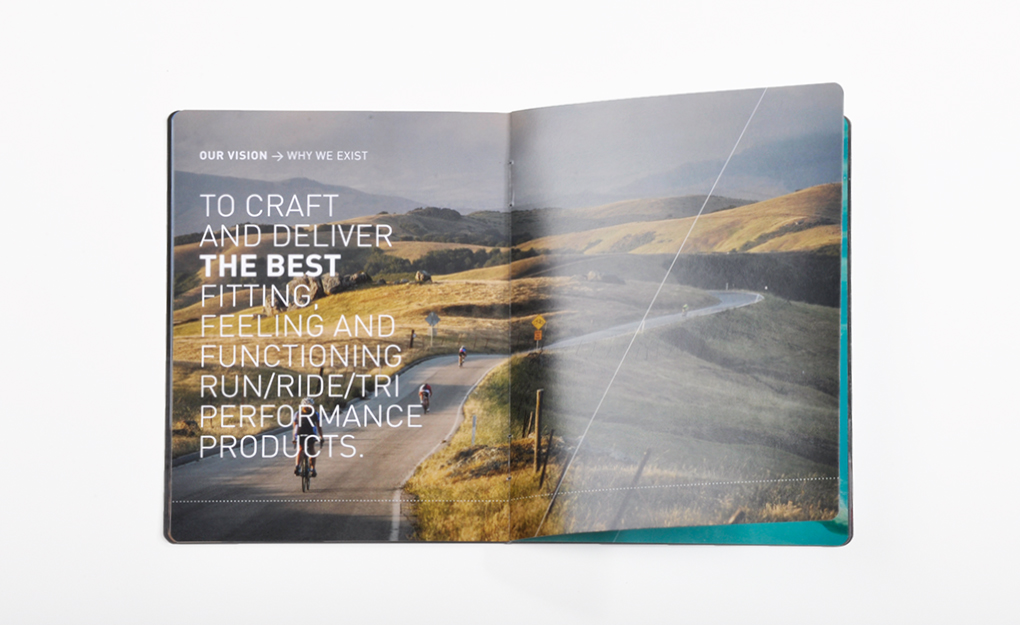 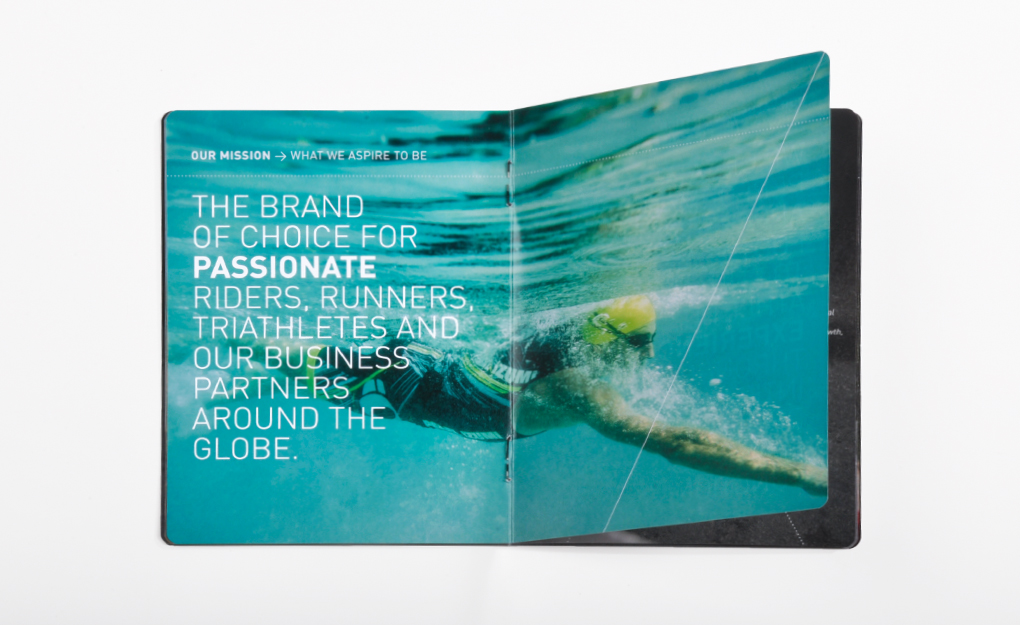 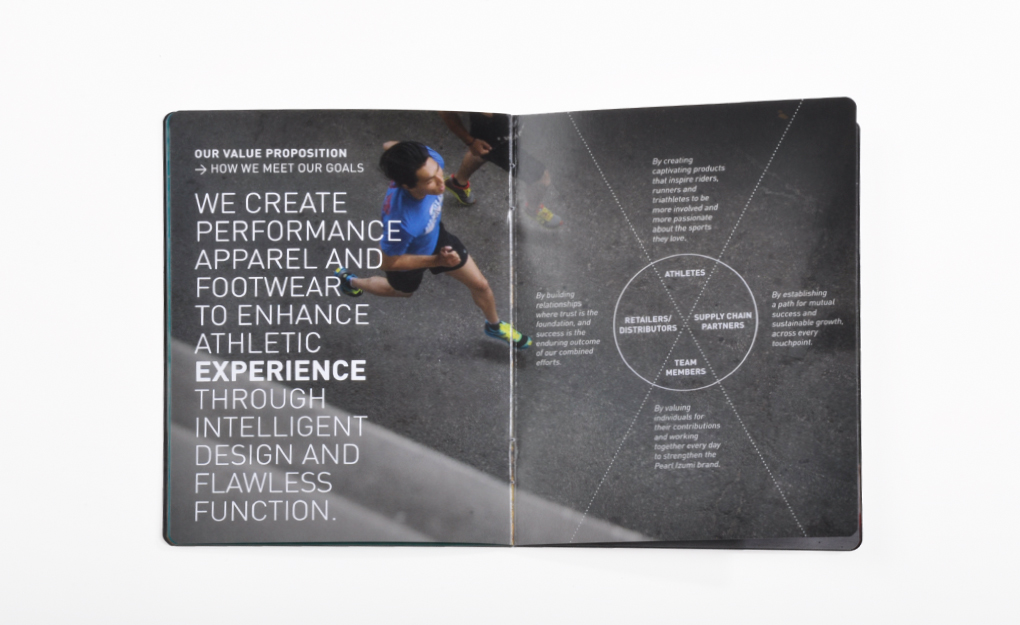 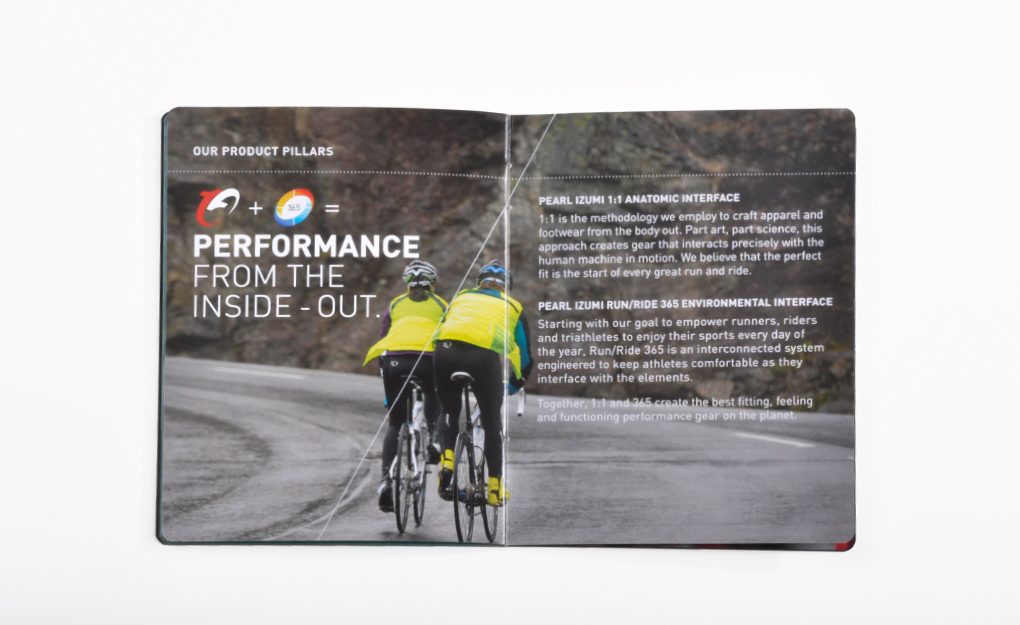 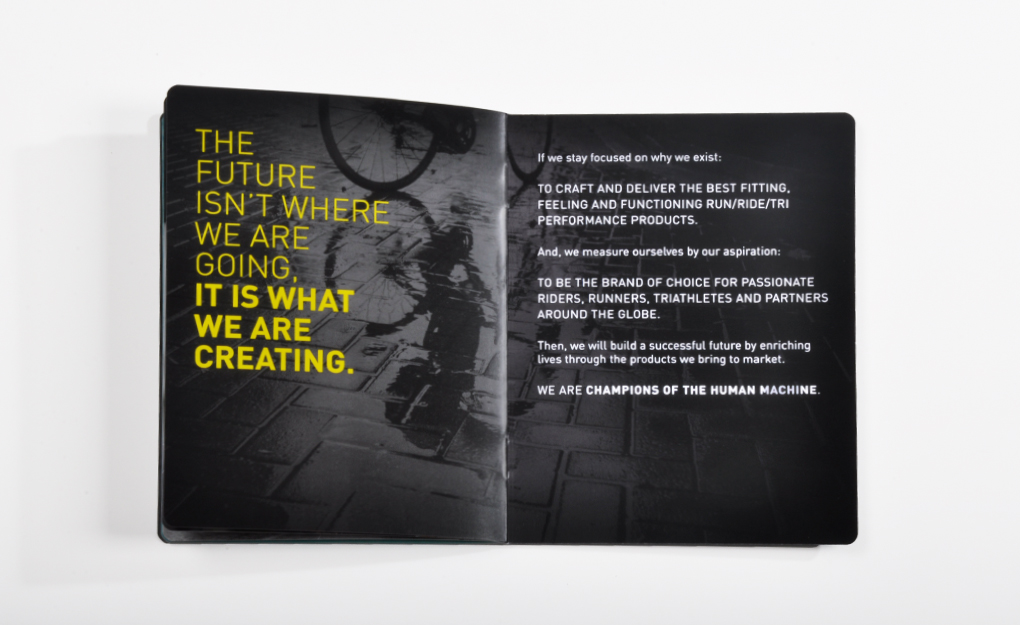 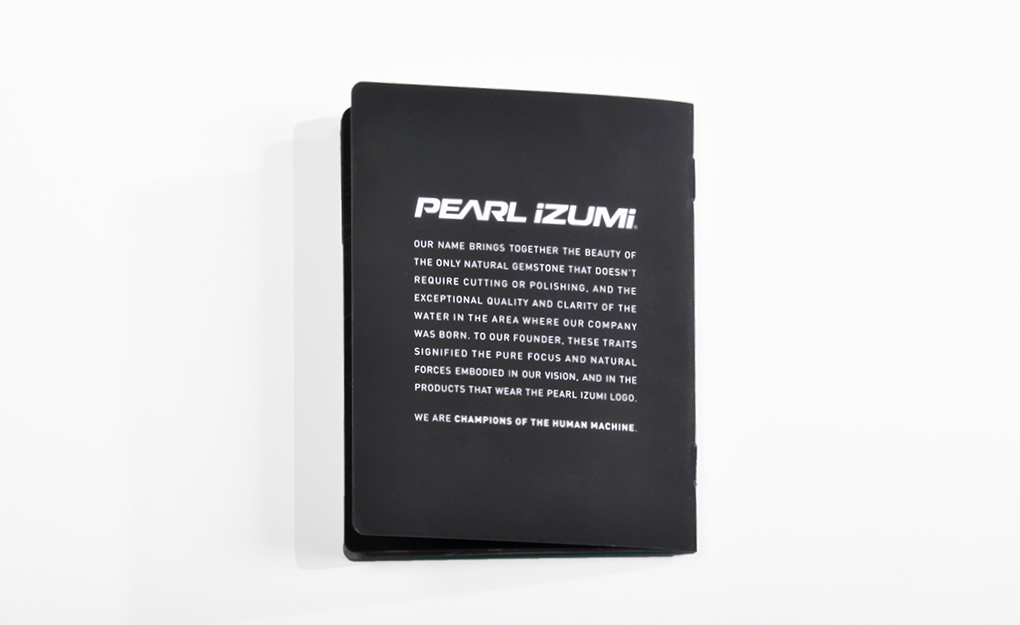